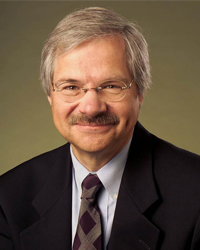 John Sninsky, PhD, was the Vice President of Discovery Research at Celera (2000-2011). The Discovery Research group encompassed teams of scientists who worked in: cardiometabolic disease and cancer, a highthroughput genotyping and expression facility, biostatistics, and computational biology/bioinformatics. His primary focus was the application of genetic and genomic tools to identify and develop laboratory developed tests for CLIA setting and in vitro diagnostic products for diagnostic/prognostic and pharmacogenomic biomarkers. Dr. Sninsky is the author of numerous scientific papers including methods in molecular biology, lipid sub-fractionation, application of the polymerase chain reaction (PCR) to virology and cancer, and genome-wide genetic association studies for multiple common, complex diseases. With the acquisition of Celera by Quest Diagnostics in 2011, Dr. Sninsky accepted additional responsibilities; for example, he oversaw company-wide bioinformatics for Quest Diagnostics and served as the site head for Science & Innovation in Alameda, California (2011-2014).
Among Dr. Sninsky’s past awards are the Centers for Disease Control Charles C. Shepherd Science Award (1988), the Pan American Society for Clinical Virology Award (1992) and the Hoffmann-La Roche R & D Prize in 1997 for his efforts in applying PCR to virology and developing assays for measuring viral load in individuals with (HIV) AIDS.
Dr. Sninsky was a recipient of the Purdue University Distinguished Alumni Award in 2001, and served on the Department of Biological Sciences Alumni Advisory Committee (2005-2007) before joining the Dean of College of Science Leadership Council in 2007. In addition, Dr. Sninsky is a member of the scientific advisory committee for the Charles R. Bronfman Institute for Personalized Medicine at Mount Sinai School of Medicine, chairs the scientific advisory panel for the Professional Science Masters (PSM) Program with an emphasis in Biotechnology and Stem Cell Science at San Francisco State University (SFSU), and is a member of Stanford University SPARK program which facilitates communication between academia and industry to accelerate translational medicine. More recently, Dr. Sninsky was added as a diagnostics advisor to the Clinical & Translational Science Institute (CTSI) at University California, San Francisco and joined the Indiana University Institute for Personalized Medicine formed from the schools of medicine, informatics, and nursing.
Among Dr. Sninsky’s professional society memberships are American Association for the Advancement of Science, Association of Molecular Pathologists, American Society Human Genetics, American College Medical Genetics, American Association Cancer Research and American Association for the Study of Liver Disease. Dr. Sninsky received a bachelor’s degree in biology from Bates College and a Ph.D. in biology from
Purdue University. He was a postdoctoral fellow in Genetics and Medicine at Stanford University School of Medicine with Stanley N. Cohen. Dr. Sninsky was on the faculty at Albert Einstein College of Medicine (AECOM) in the Department of Microbiology and Immunology with a joint appointment in the Department of Molecular Biology. He was a member of the AECOM Liver and Cancer Centers. From 1984 to 1991, he worked at Cetus Corporation where he was responsible for the immunoassay and molecular diagnostics programs.
From 1991 to 1998, John was the Senior Director of Research at Roche Molecular Systems. His team of scientists devised PCR diagnostic assays for many infectious pathogens as well as for genetic diseases and cancer. In 1998, he was promoted to Vice President, Discovery Research as well as Vice President, Roche Genetics, an initiative that coordinated the genetic and genomic efforts between the pharmaceutical and diagnostics divisions. Dr. Sninsky joined Celera in 2000.
http://mediasite.mfldclin.edu/Mediasite/Play/6bfe92bacdf14077a9694d05a2018b461d

No items available at this time.