Welcome to The Center for Human Genetics

The Center was established in 2004. It combined two of Marshfield Clinic’s internationally known research assets: the Center for Medical Genetics, founded in 1994, and the Personalized Medicine Research Center, started in 2001.

The Center for Human Genetics focuses its research on discovering the structure of the human genome and the hunt for genes that influence human health disorders. The discovery at Marshfield in 1989 of short tandem repeat polymorphisms revolutionized the study of human genetics, and Marshfield maps are among the most reliable and widely used maps of the human genome in the world.

The Personalized Medicine Research Project was a logical outgrowth of initial genomic research. If doctors can understand which genes and environmental factors are involved in a disease, they may be better able to target the disease with specific medications that affect these particular pathways. This information might also enable doctors to predict the risk of disease in an individual and prescribe preventive measures. In 2002, the Center for Human Genetics launched what is now the largest population-based genetic research project in the United States, involving more than 20,000 central Wisconsin residents.

The Marshfield Clinic is one of four partners in the Wisconsin Genomics Initiative (WGI), a historic collaboration. The WGI vision is to be able to predict, for individual patients in a clinical setting, the risks of disease susceptibility and treatment response using the combined power of cutting edge genetic, phenotypic, and environmental analysis. Each of the four partners is a leader in one or more areas needed for a successful effort.

The mission of the Center for Human Genetics is to conduct translational research in medical genetics that substantially improves patient care.

Dr. Murray Brilliant, the Director of the Center for Human Genetics, affirms that the Center is committed to advancing scientific knowledge through genetics research and to translating that knowledge into practical applications that will foster improved health. 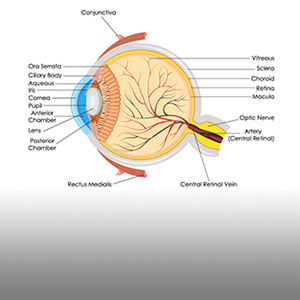 The theme of this issue is an eye disease called age-related macular degeneration (AMD). Learn about how PMRP is being used in a number of studies that have an end goal of better preventing and treating AMD.

The theme of this issue is how PMRP is used for finding links between genes and proteins that contribute to immune diseases.

Past Issues of the PMRP Newsletter

If you are interested in additional articles related to PMRP, all of our past Personalized Medicine Research Project Issues are available to read by selecting this link.